“There is a law. The law is clear. Fugitive slaves must be returned to their owners.”

So says General Benjamin Franklin Butler to runaway Virginian slave Shepard Mallory. Mallory is seeking refuge in the Union fort Butler commands in the heart of Virginia. Less than 24 hours earlier, Virginia had formally seceded from the United States.

As playwright Richard Strand suggests in his play BEN BUTLER, things aren’t nearly as “clear” for Butler as he’d initially imagined. Butler may later say to Mallory that “everything is fine like it is.” But throughout Strand’s play, both the law and life itself prove otherwise, springing surprises that will forever alter the script Butler inherited – while making him a pivotal player during one of the most significant dramas in all of American history.

With a hefty assist from Mallory, both Butler and his adjutant – Lieutenant Kelly – eventually open their hearts to the prospect that they might play their scenes in that history differently. Strand approached his play with a similarly open mind. “It is hard for me in retrospect,” he said during a March 2016 interview in American Theatre magazine, “to be sure what I had in mind when I wrote the play.”

For trained lawyers like Butler, soldiers like Kelly – and, yes, theatre artists like Strand – moving forward often involves summoning the courage to be uncertain or even lost. Straying from the path opens one to new ways of seeing. It frees the mind of the rituals and conventions that lead us to trace increasingly narrow circles. And it’s integral to how the phenomenally talented Michael Cotey approaches directing, as he’s making clear once again in directing Milwaukee Chamber Theatre’s production of BEN BUTLER.

I spent time with Michael and his cast during the second week of BUTLER rehearsals.

The cast’s initial three days of invaluable table work – during which they’d explored the historical background to Strand’s play, as well as what makes their respective characters tick – were now behind them. Full runs of the play – during which the cast starts from the top of the show and works all the way through to the end – were still ahead of them.

The rehearsals I attended occupied that unsettling but also exciting middle period during which actors were first on their feet, immersing themselves fully in each scene while playing with everything from where they moved to when and how Mallory nudged Butler and Kelly toward a moral awakening.

Does that awakening happen for both men all at once, like an epiphany? Or did they – like most of us whose nagging conscience natters away at us even as we stubbornly continue to sleepwalk – gradually stumble toward a new dawn?

In challenging his actors to answer such questions, Michael urged them to exercise what Keats once referred to as “negative capability”: opening their minds to the many ways one might play a scene, without prematurely feeling compelled to choose one of them. Actors understandably want to lock down how long they hold a beat, how to inflect a line, and when to move in on a scenic partner; at some point they must do these things so that a production can cohere.

But just over one week into the rehearsal process, Michael was in no rush for his actors to get there. Doing so risked overlooking possible solutions to a scenic problem – just as Butler risked missing a legal and practical solution to the dilemma posed by runaway slaves if he assumed he already knew all the answers.

Butler, like the actors embodying this story, needed to take time to ask questions. Was he just going to interpret history? Or would he be an agent who might change it?

During the two full days I watched rehearsal, Michael repeatedly sidestepped his four actors’ attempts to pin down how they should play a particular moment.

“Just try something,” he said to them, more than once. Pick a place to stand or move, he’d suggest, without specifying the specific line where it should happen. He and his cast played with adding comic bits – in a script that includes a generous helping of humor – which he freely admitted he might later take out. Michael encouraged the cast to use as much of the stage as possible, while conscious that at some point they’d need to make definitive choices involving direction and space. 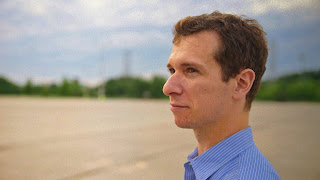 “Everyone right now should be trying all the choices that come to them and seeing how they play out,” Michael said to me during a pre-rehearsal chat in MCT’s conference room.

“Actors sometimes stop themselves midstream and then back up because they’re afraid of making the wrong choice and are trying too early to make the right one,” Michael continued. “I want actors right now to be making choices that may feel wrong, but that then cascade into other choices we might have otherwise never known are possible. And even if one makes a choice that ultimately doesn’t make sense, it can help us figure out what the right choice is.”

Michael emphasized that as a director, he himself regularly makes midstream adjustments, as he tries to practice what he preaches to his actors: remaining open to the hidden possibilities within a script. A moment. A performance. A life.

“You think you know what you want, but then you see your actors rehearsing the play and you learn more about what the play is,” he said. “You’re also learning how the actors in your cast work, and what’s the best way to speak with each of them about what you see.

“I often feel full of BS in the early stages of rehearsal, because I know I’ll adjust what I’m saying and how we’ll proceed, based on things I see in the room. That’s why, in the first few weeks of rehearsal, I don’t like giving my cast an ultimate destination or saying ‘this is what you’ve got to do.’ I want them to figure some of that out for themselves. I want us to figure that out together.”

Much as Butler does, with the help of Shepard Mallory and Lieutenant Kelly.

For what’s true in Michael’s rehearsal room is also true of the characters these actors play in BUTLER: By recognizing that history is contingent and messy rather than preordained, we can better appreciate and more fully inhabit each minute of the present, while leaving ourselves available to the full potential of the future.

“So many possibilities,” George says at the end of Sondheim’s SUNDAY IN THE PARK WITH GEORGE. For “every second of time,” as Walter Benjamin once wrote, could be “the strait gate through which the Messiah might enter.” One just need open’s one eyes. And see.
Posted by Milwaukee Chamber Theatre at 10:29 AM