An Interview with Marti Gobel on "The Brother/Sister Plays"

While THE BROTHERS SIZE stands on its own, the play is also grouped within Tarell Alvin McCraney’s Yoruba-inspired trilogy, THE BROTHER/SISTER PLAYS. SIZE was the first of the three to be written and produced but stands chronologically second within the stories.

Marti Gobel, who’s directing our production of THE BROTHERS SIZE, has a close connection to this body of work. She directed the chronologically first play in the series, IN THE RED AND BROWN WATER, at Marquette University in 2014 as a collaboration with UPROOTED Theatre. Now, she embarks on THE BROTHERS SIZE at MCT and will independently produce a reading of the final play, MARCUS; OR THE SECRET OF SWEET, at the Broadway Theatre Center during the run of THE BROTHERS SIZE.

MCT Education spoke to her right before the beginning of rehearsals for THE BROTHERS SIZE to dive a little deeper into her relationship with McCraney’s plays. 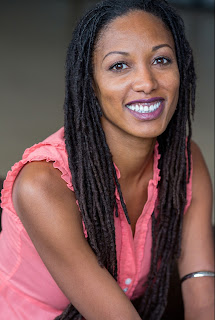 MCT: What were your impressions when you first encountered McCraney’s work? What drew you to him as a playwright?

MG: My first impressions of McCraney’s work came from an actor’s perspective. I was given a copy of IN THE RED AND BROWN WATER from a respected colleague who wanted to know if I had any interest in playing Oya.

My first read of the script left a deep stamp on my creative self as I had never encountered a voice as unique and clear as McCraney’s. The notion that an actor would speak what they were going to do before actually doing said action was an amazing approach to character and its development. I stuttered at the challenge this would offer me as an actor.

It was to be several years later that I would have the opportunity to direct the play and my appreciation of his work deepened when I approached the script with director’s eyes. Again, I was excited for the challenge of telling this story with a script that alerted the players and the receivers of action that was to immediately follow text. I found the guiding of my actors towards a clear presentation of this incredibly challenging. How does one tell and feel and then show and feel without dropping the rhythm of the piece in its entirety? The journey was very rewarding. And, of course the playwright is so skilled that I soon realized the rhythm had been given to us. The sound of the drum ultimately became the key to the door of success for McCraney’s works.

MCT: McCraney has called his plays a “triptych” rather than a “trilogy.” What does this mean for you as a director, building the worlds of each play? How are they linked for you on a level beyond the web of recurring characters?

MG: The plays are definitely a triptych, for each of these works stand firmly and beautifully on their own. This is not to say that one won’t find a deeper understanding of each of the plays found in THE BROTHER/SISTER PLAYS with a familiarity of them all. It does mean that each play, on its own, offers rich and full characters moving through uniquely common circumstances. They are linked together (for me) because they all offer stories of a group of people, navigating through life, in a single community. The community has its rhythm so each play can pick up the “beat,” or continue it, very easily.

MCT: What role does the story of Ogun and Oshoosi Size play in the wider context of this trilogy, in your personal view? How does it speak to the other plays, in other words; what does it address that is unique?

MG: The characters Ogun Size and Oshoosi Size are tied to the character Elegba. The three are found in all of the plays. In the Yoruba tradition (which is at the root of all of THE BROTHER/SISTER PLAYS), Ogun, Oshoosi and Elegba are considered a most powerful combination. It is Ogun who clears the path, Oshoosi who shows us the most direct path and Elegba who opens the door. These steps produce growth and enlightenment for the human souls.

In all of the plays found in the trilogy, this is what ALL of the characters are seeking to do. And, here lies the specialness of these plays. I have seldom found a play that looks to examine our inner self rather than our outer circumstances. It’s truly mind-blowing to process the plays as living myth rather than fictional stories with no embedded morals.

MCT: Tell us a little more about Elegba, both in the play and in the broader sense.

MG: Elegba is one of the most recognizable deities found in the Yoruba tradition and/or religious practice. He is the greatest of teachers because he always offers you a choice – usually one that is full of temptations and another that will lead to righteousness. No matter the choice that is made, his goal is to always leave you with a lesson you will never forget. He makes things happen — good or bad. Elegba represents the transitional or center point of the crossroads where one MUST make a decision. This is true of the character Elegba found in THE BROTHERS SIZE.

MCT: As you note above, McCraney’s characters are named after and embody the characteristics of orishas of the Yoruba faith. In what other ways does McCraney weave deep West African roots into a distinctly contemporary American context?

MG: The Yoruba believe that when one calls the orishas to live among us that the goal is not to fully lose one’s self in the process but to become oneself more fully and therefore evoke the divinity already within you. We as theatre professionals must always remember that we are artists who (in many senses) do our work for the betterment of our society as a whole. Yes, we do this through storytelling, but I believe there is always an element of the actual real-life individual as we create character.

When this is coupled with the Yoruba tradition and beliefs we see stories that are performed with a vulnerability that is entirely human and yet has the power to elevate everyone to their higher selves. In short, McCraney has given us plays that encourage the gods and goddesses in our selves. By placing the stories in an urban American setting, we are given an accessibility to concepts that are foreign. These concepts survived their arrival to North America via the slaves of West Africa by the practitioners shrouding them, out of necessity, in the Judeo-Christian spiritual practices. Despite this, the heart of the Yoruba spiritual practice remains intact. The continuation of West African oral tradition and/or storytelling was the way in which this was done. McCraney has structured the plays in a way that honors this tradition and makes them accessible to everyone.

MCT: Sidebar question for the geeks of Milwaukee: I was asked a while back about whether this may compare in any way to Neil Gaiman’s literary (and now TV series) spin on gods of many faiths appearing in a contemporary American context — AMERICAN GODS. Do you have any thoughts about that?

MG: I love that show! Believe it or not, I in no way compared it to THE BROTHER/SISTER PLAYS. It’s funny how the brain categorizes all manner of things.

I was totally fascinated by the cinematography and particularly the main actors. The episode where the phenomenon of Jesus is addressed had me sitting up in bed waaaaaay later than I should have been… One of my favorite books is Jitterbug Perfume by Tom Robbins. The series made me pick it up again. If you don’t know the story, it revolves primarily around the god Pan. We watch him as he loses power because people, through the passage of the ages, stop worshiping/believing in/doing those things under his domain. It’s a great story that weaves together many cultures and times/places throughout history.

MCT: What do you hope an audience will take away from this production of THE BROTHERS SIZE?

MG: I hope the audience walks away with this: We are ALL gods and goddesses who from time to time forget just how powerful we are. And, no matter who, or what, or where you are, you must never forget that you are your ancestors’ WILDEST dream.

THE BROTHERS SIZE, by Tarell Alvin McCraney, opens Feb. 21 and runs through March 18, at the Broadway Theatre Center’s Studio Theatre. Directed by Marti Gobel, the cast includes Marques Causey, Travis A. Knight, and Andrew Muwonge, along with percussionist Jahmés Tony Finlayson. Tickets are available in person at 158 N Broadway, via phone at 414.291.7800, or online at milwaukeechambertheatre.com.

Marti Gobel's staged reading of MARCUS; OR THE SECRET OF SWEET, will take place on March 12 at the Broadway Theatre Center. Admission is Pay What You Can. More details will be revealed closer to the performance date.
Posted by Milwaukee Chamber Theatre at 12:50 PM No comments: