Meet the brotherhood of THE BROTHERS SIZE!

The limits and boundaries of brotherly love are tested in the THE BROTHERS SIZE, a play by Terell Alvin McCraney. Combining West African myths with contemporary issues of post-prison life and the need for companionship, this story takes a look at brothers Ogun and Oshoosi Size, the former a mechanic with a strict, disciplined life, and the latter a recently released ex-con with a relaxed desire for a simple life. In the midst of their clashing ideologies and the looming of law enforcement arrives another inmate, Elegba, who was close with younger brother Oshoosi and has surprising aspirations of his own.

In a play where everyone wants their own form of freedom, they must first release their secrets. But what are these characters hiding? THE BROTHERS SIZE features four performers onstage, three of which are actors. Learn more about them below, and come see them in MCT’s Studio Theatre later this month! To buy tickets, visit our online box office or go to milwaukeechambertheatre.com! 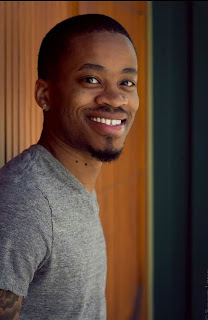 Marques Causey returns to Milwaukee Chamber Theatre after having last appeared in PICNIC. A Milwaukee native with a BFA from the University of Wisconsin-Milwaukee, Marques has worked with Renaissance Theaterworks (THE BALLAD OF EMMETT TILL, LUNA GALE); In Tandem Theatre (HOLIDAY HELL: THE CURSE OF PERRY WILLIAMS); Door Shakespeare (JULIUS CAESAR, A MIDSUMMER NIGHT’S DREAM); Children’s Theater of Madison (TO THE PROMISED LAND) and Forward Theater Company (THE FLICK, EXIT STRATEGY), among others. Later this season, he will appear in ANTARCTICA, WI at First Stage.

As Elegba, an ex-con and close prison mate of Oshoosi, Marques will be playing an unorthodox man who has a sincere and empathetic influence towards the younger brother Oshoosi. His impression on the older brother Ogun, however, is one of caution. Elegba’s needs aren’t always as clear as the other characters, but his impact is immense. 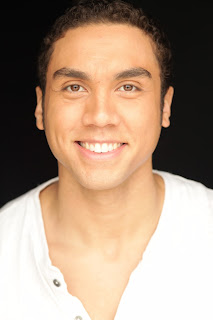 Travis A. Knight is happy to be back at Milwaukee Chamber Theatre. His previous MCT credits include WELL and MOON OVER THE BREWERY. Most recently, he appeared as John Proctor in THE CRUCIBLE at Steppenwolf Theatre. Other Chicago credits include AH, WILDERNESS!, A CHRISTMAS CAROL, THE SIGN IN SIDNEY BRUSTEIN’S WINDOW, MEASURE FOR MEASURE, and CAMINO REAL (Goodman Theatre); and CAMELOT (Drury Lane). Other regional credits include: VANYA AND SONIA AND MASHA AND SPIKE (Forward Theatre Company); THE GIRL IN THE FRAME, JESUS CHRIST SUPERSTAR (In Tandem Theatre); THE PERSIANS (Renaissance Theaterworks); and HOODOO LOVE, A STREETCAR NAMED DESIRE (Uprooted Theatre). He has also spent five seasons with American Players Theatre appearing in THE TWO GENTLEMEN OF VERONA, RICHARD III, THE GLASS MENAGERIE, TROILUS AND CRESSIDA, and THE TEMPEST. TV credits: Chicago PD, Chicago Fire, Chicago Med, and Mind Games. Film Credits: Henry Gamble’s Birthday Party and Runner.

As Ogun Size, the hardworking auto mechanic and older brother of Oshoosi, Travis portrays a life-hardened man who has to walk the line between protecting his brother and living for himself. His tactics are as honest as they are fearful, and when Elegba enters their life he finds himself in an even tougher predicament. 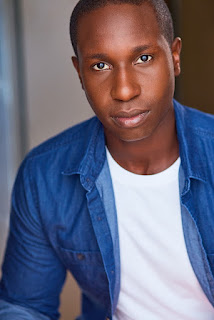 As Oshoosi Size, the younger brother to Ogun, Andrew portrays a recently released ex con who would rather live a laid-back and relaxed lifestyle than go back to work. For Oshoosi, freedom is everything, with desires for a car, a nice woman, and a new land to roam. When Elegba returns and offers Oshoosi those opportunities, he must decide between his own brother’s loving protection and Elegba’s mysterious generosity. 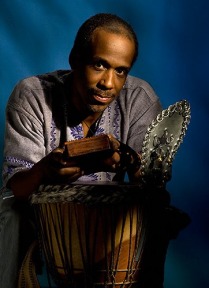 Jahmés Tony Finlayson is an accomplished musician, performing artist, storyteller, composer and workshop facilitator. His interactive and engaging presentations include music, songs, stories and movement of Africa, the Caribbean, the Americas and beyond. Jahmés also conducts classroom sessions and workshops including those on peacemaking, creativity, creative use of found objects, instrument making, drumcraft and circlework. He leads drumming and music workshops for people of all ages and cultures and is the Musical Director of “Children of the Sun,” a drum ensemble for deaf and hard of hearing youth at the Wisconsin Conservatory of Music, where he is a faculty member. “Jahmbo” is also a Music and Multi-Arts Specialist with Express Yourself Milwaukee Inc., and performs regularly for Panadanza, Music of the African Diaspora Ensemble, Milwaukee Public Theatre, Dance Circus/Youth Dance Co. He has a long standing affiliation with the world renowned Ko-Thi African Dance Company as a poet, musician and prop designer. Jahmes is First Contact and a core member of the popular Milwaukee based world music group, “One Drum.”

As the percussionist and musical "narrator" for the show, Jahmés will tell the story alongside the actors exclusively through his rhythms. All of his percussion will be performed on found objects, to further integrate him into the scenic environment.
Posted by Milwaukee Chamber Theatre at 9:46 AM No comments: