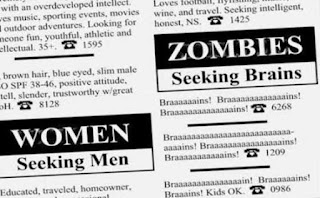 There was a time in our recent history when marriage was first and foremost an enterprise that joined families and protected their lineage. Holy unions positioned oneself in society. And, of course, another reason to connect one’s life to another in a legally binding way has always been present: Money.

Yet, for most of us, we may engage in coupledom, partnership and even marriage for another wholly impractical and fantastical set of reasons—love and companionship.

But shifting our cultural standards of how to meet and marry, how to date and how to find that other half, has been slow. For more than 300 years, personal ads have been a tool to connect, and for nearly as many years, they’ve had their critics.

From Lonely to Looking
Noga Arikha’s essay, “Swiping right in the 1700s: The Evolution of Personal Ads” reminds us that the first personal ad published, by one Helen Morrison in 1727, landed its author in an asylum for a month as a result of this shockingly autonomous practice our culture wasn’t ready for.

Arikha adds that “the values that had sustained the inherited rules of matrimony were changing during the late eighteenth and early nineteenth centuries…ideals associated with romantic love were taking center stage at a time when Romantic reactions to a rationalized, industrializing world emphasized the individual, lonely soul,” (2009).

We were seeking companions because we were just plain lonely.

And despite whatever changes have happened to the technology of personal ads, from phoning in a print order to the profile picture-driven profiles of today’s “must love dogs” online matchmaking services, one thing remains true. Anonymity is the key.

The People Behind the Pen
The requisite intimate qualities and fantasies can be publicly shared and assessed only because they represent a person we have not yet met, who we do not know live and in the flesh. This concept isn’t new to popular culture, either. The Shop Around the Corner, later modernized as You’ve Got Mail, features a lead couple who know one another in person—frustrations and all—and then both rely on a personal ad-style connection where they write letters or chat, not realizing until the end that the poets at the end of the pen, saying all the right things, are indeed the same shopkeeper and businessman who are friendly foes in everyday life.

The safety included in anonymity has carried through all 300 years of personal advertising. From the ability to ignore all responses delivered to your post box to never swiping right, for the tiny sum of a few personal details, you purchase the right to remain safely behind your ad, unexposed in your choice-making. 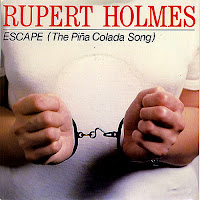 A bored, lonely husband sings about his dissatisfaction in his partner and how he searched newspaper personal ads to see what his options were. The woman who wrote about the now famous piña coladas piques his interest and he responds. When the pair finally meet, both are shocked to see the other standing before them.

A form of confession, this sharing of secrets allows the writer to embody a person they hope to be, to showcase those qualities they want cherished and hope the perfect other is one drawn to these quirks. If your confession that you lick the microwave popcorn bag, don’t like ice cream or only read entertainment magazines and nothing more and someone responds, your match is made.

You’re Not Alone
The validation available to you when someone responds to these bold presentations of what’s “wrong” with you by cultural standards provides a kind of love. It provides forgiveness and verifies you can still fit in the social order. Your strange habit that, by all cultural measures is “different,” becomes sanctioned when another hears about it and continues to move forward, treating you as a regular member of society and importantly, telling you you’re not alone.

Pew Market Research says more than one third of those using online dating sites haven’t ever actually gone on a date with someone they met there. One third of personal ad or app users are engaging each other without even meeting because the gesture of having someone respond to self you’ve shared in and of itself is a connection.


300 Years and Going Strong
Today, the industry has exponentially amplified its profitability with online advertising and matchmaking services. There is, of course, an app for that. In fact, of the $2.9 billion dating industry, 70% of this annual profit is derived from online dating sites.

But personal ads were always profitable. Framed often as “classified” and purchased through the sales group of papers and magazines, advertisers paid for the privilege of creating a profile. Originally, publishers would offer a reply program: As readers responded to your ad, the paper would collect the mailed-in responses and deliver them to you, often weekly. Publishers soon began leveraging premium-rate telephone numbers to entice writers to publish their ad for free, but those replying via phone call must pay the premium rate. Newspapers charge by the character — a throwback to old typeset processes — and therefore, abbreviation and acronym became their own economy of love. Researchers note how this industry jargon has moved forward into today’s online dating as well.


The Lonely Hearts Club Cast of THE FEW
In THE FEW, personals remain the profitable choice for such a small publication. But, true to the history of personal ads, the play embraces the lonely over-the-road truck driver. This is one of many landmarks in the practice’s evolution. In the early 1900s, personal ads saw a resurgence as Western farmers wrote to solicit love and practical assistance. From housekeepers to wife material, this isolated group leveraged personal ads to improve their situation. A different sort of request—pen pals—became the hallmark of World War II soldiers using the same mechanism to connect with others.

So, when we enter the publishing office of THE FEW, we immediately see instant and obvious hallmarks of the personal ad. A need for capital, flexing the economy of the paid service, is keeping the paper afloat. On the edge of a potential millennium breakdown, the 1999 setting also prompts an uptick in ad sales, further demonstrating that finding love, or, as some advertisers suggest in their ads, just companionship, is more essential now than ever.

The lonely, secluded setting of northern Idaho and the desolate profession of traveling the country alone in a big rig embody the more recent history of the practice.

When we meet the characters, we also see remnants of other popular plays on the anonymous ad. The man in the letters becomes someone not only validated by your response, but he becomes larger than life, more ideal than the man standing before you. On paper, he’s piña coladas and getting drunk in the rain.

THE FEW gives us another insight, however, and presents an important counterpoint to my case.

In fact, THE FEW becomes a case study in how those who enable the search for connection through this time-tested model come to quickly realize they, too, are also looking. For validation. For companionship. For love.
Posted by Unknown at 11:15 AM